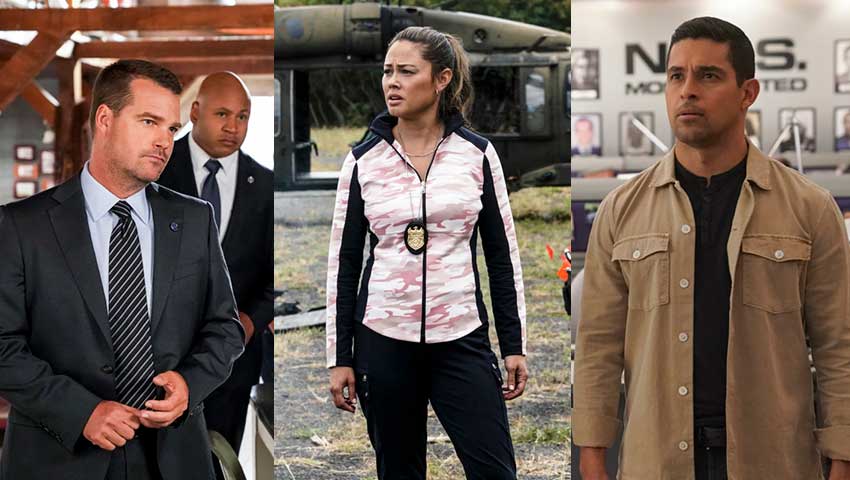 The NCIS television franchise is still going strong after several seasons. CBS has renewed their NCIS and their off shoots, NCIS: HAWAI`I and NCIS: LOS ANGELES. The press release also included that more renewals will be announced in a few weeks. Read the official announcement.

CBS has renewed all three hit dramas in the NCIS franchise for the 2022-2023 broadcast season. The returning CBS Original series are #1 broadcast series NCIS, top freshman drama NCIS: HAWAI`I and NCIS: LOS ANGELES. Additional renewals will be announced in the coming weeks.

“NCIS, one of the most popular and enduring series in the world, and fan favorite NCIS: LOS ANGELES have been hugely successful on the CBS schedule for years,” said Kelly Kahl, president, CBS Entertainment. “With the strong new addition of NCIS: HAWAI`I, we are able to expand the strength of this formidable franchise across our schedule. We couldn’t be more excited to have all three talented casts and creative teams back to bring more compelling NCIS stories to viewers in the U.S. and around the globe.”

About NCIS
NCIS is the #1 broadcast series this season, delivering 11.11 million viewers and improving its new Monday 9:00 PM time slot by +149%. This season, NCIS has amassed over 95.8 billion potential social media impressions.

About NCIS: HAWAI`I
NCIS: HAWAI’I is currently averaging 8.29 million viewers and is a time period winner on Monday at 10:00 PM, improving the time slot by +26%. In addition, it’s virtually tied for #1 new drama. The series has amassed over 11 billion potential social media impressions during its freshman season.

About NCIS: LOS ANGELES
NCIS: LOS ANGELES is averaging 7.27 million viewers and is the top scripted program in its competitive time period Sunday at 10:00 PM. Season to date, it has amassed over 6 billion social media impressions. The show’s 300th episode will air Sunday, May 8. The series will return for season 14.

In addition to CBS Studios producing NCIS, NCIS: HAWAI`I and NCIS: LOS ANGELES, as previously reported, the Studio is expanding globally and producing a local version of the brand for Australia, with NCIS: SYDNEY for Network 10 and Paramount+ Australia.