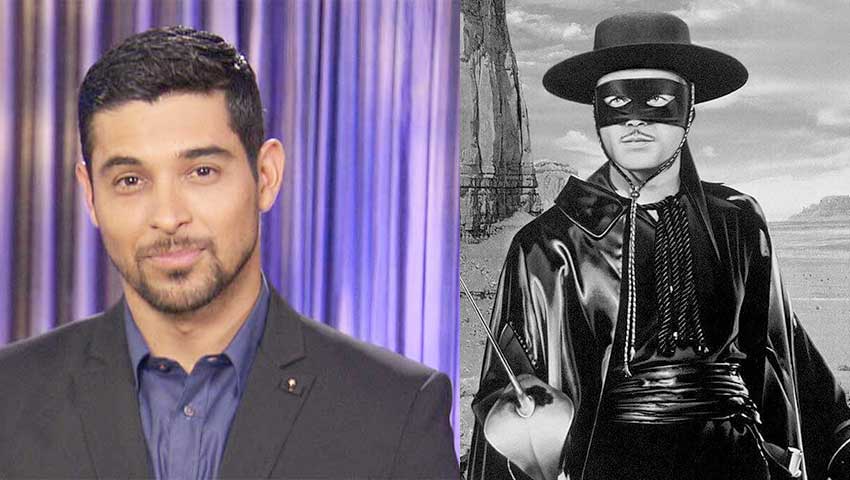 Disney Branded Television and Wilmer Valderrama have started development on a reimagined “Zorro” series with the 70s Show starring as the swashbuckling hero and executive producing as well. Disney originally aired the Disney action-adventure western series “Zorro” 60 years ago and will return for the first time since.

Valderrama will play Don Diego de la Vega and his dashing swashbuckling alter-ego, the masked horseman named Zorro. In the press release for the announcement below, Valderamma notes that Zorro was the only Latino role model for him so this role means a lot to him.

See the full release below.

Disney Branded Television and Wilmer Valderrama are in development on a reinvention of the iconic Disney action-adventure-western series "Zorro," with Valderrama executive producing and starring as Don Diego de la Vega and his dashing swashbuckling alter ego, the masked horseman named Zorro.

The series in development is executive-produced by Gary Marsh, outgoing president and chief creative officer, Disney Branded Television, as part of his new multiyear production banner at Disney General Entertainment. John Gertz ("The Mask of Zorro," "The Legend of Zorro") of Zorro Productions, Inc., is also an executive producer.

Ayo Davis, president, Disney Branded Television, said, "We're reimagining this Disney classic as a compelling period piece, set in Pueblo de Los Angeles, but told in a very modern telenovela style — with richly drawn contemporary characters and relationships set against the action, drama, suspense and humor of the original, iconic Zorro." She continued, "Wilmer shares our commitment to reflect the interesting and rich diversity of the human experience and we look forward to delivering a culturally relevant and entertaining story with definitional characters that will connect with our viewers for generations to come."

"Growing up, Zorro was the one character that made me, as a Latino, feel like I could be a hero. As an adult and a storyteller, I have a responsibility in the stories that I help bring to life. To partner with Gary and Disney to bring Zorro back into the family after 60 years and be a part of the legacy for other children to know they too can be the heroes of their own stories is a dream come true," said Wilmer Valderrama.

Valderrama's credits include the voice role of Agustin in Disney's "Encanto," multiple seasons in the role of Nick Torres on "NCIS" and Fez on the iconic series "That '70s Show," a role that garnered him numerous Alma Awards, Imagen Awards and Teen Choice Awards. Valderrama also provided the voice to the character Manny on Disney Junior's animated series "Handy Manny" and Gaxton in Disney's Academy Award®-nominated film "Onward." Valderrama is represented by UTA and Silver Lining Entertainment.

Set in early California, the "Zorro" television series followed a masked avenger, the alter ego of the mild-mannered Don Diego de la Vega, as he defended the poor and acted as the scourge of military tyrants on his black stallion, Tornado. Zorro's trademark was the ragged "Z" symbol, which he slashed with his sword. A total of 78 original episodes aired from 1957-59. Four hour-long episodes were later filmed for airing on the Sunday night Disney television show, and episodes of the half-hour show were compiled into the theatrical features "The Sign of Zorro" and "Zorro the Avenger."