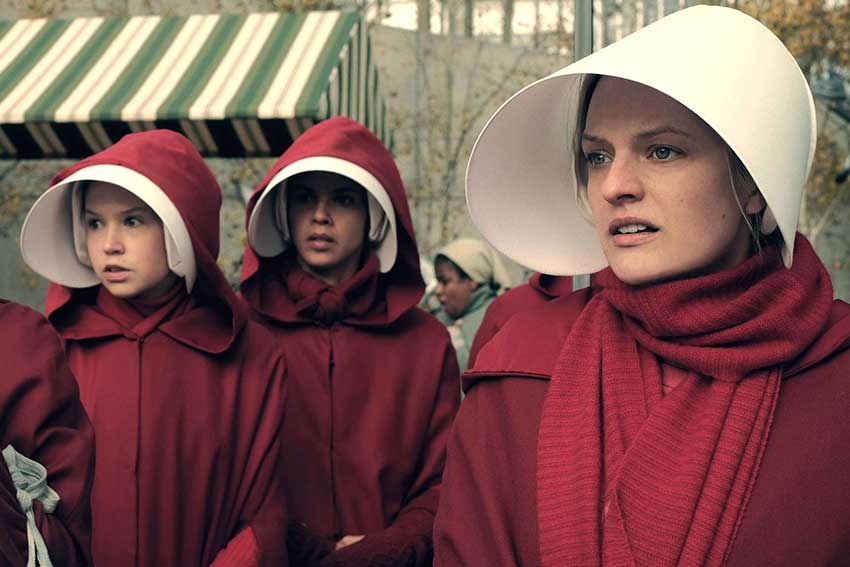 "The Handmaid's Tale" executive producers revealed quite a few important plot points for the new season. We've broken it down by bullet points because they are juicy.

Marisa Tomei will be a guest star in Episode 2. Warren Littlefield says she will only be in that specific episode in which viewers are taken to one of the colonies that were only mentioned in season one. As a reminder, the colonies is where they send the uncooperative women like Alexis Biedel's Ofgien.

Executive producer Littlefield says we will seeing more of this world with locations such as the colony and flashbacks to an airport which will explain a bit how the Gilean society took over America. "This world is opened up," says the producer.

Elisabeth Moss' June will have the baby, but she's torn about giving birth in this world. As expected, the baby will be taken away and she will be on the run at some point.

Bruce Miller says to expect more shocking twists and they will continue to deviate from the book.

THE HANDMAID'S TALE returns to Hulu on April 25.