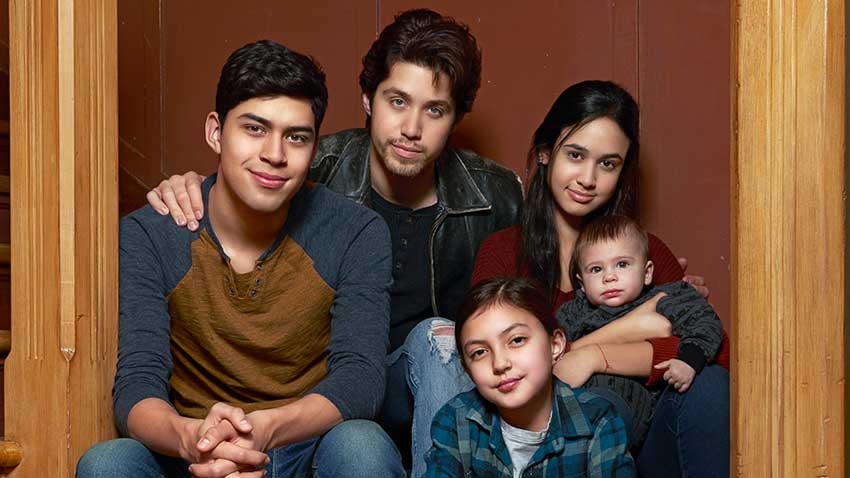 A "Party of Five" reboot stars a Latino family whose parents were deported, and five kids have to raise themselves. A three-minute first look of the series debuted at the Tribeca TV Festival, and it's a heartbreaking scene so get your tissues ready. The scene is of the Acosta children saying goodbye to their parents at an immigration detention center. Watch below. "Party of Five" premieres Wednesday, January 8.

From Sony Pictures Television, “Party of Five” will follow the five Acosta children as they navigate daily life struggles to survive as a family unit after their parents are suddenly deported back to Mexico. In a new iteration by original series creators Amy Lippman and Christopher Keyser, this beloved story of a young family bound by adversity will be retold through the lens of current-day themes and cultural conversations.

Emilio Acosta is an aspiring musician and the oldest son of Gloria and Javier Acosta. Emilio is the reason his parents crossed the Mexican border into the United States nearly twenty-five years ago in hopes of a better life. Although the oldest, he’s the least responsible of the siblings, and had been enjoying living away from home and the freedom that came with it until his parents’ status was threatened.

Lucia Acosta is a straight-A student with lofty college ambitions until her parents run into trouble with immigration. Their circumstances force her to reevaluate her disposition to play by the rules. She quickly becomes resistant to authority, politically radicalized and rebellious to her presumed duties as the oldest sister.

Beto Acosta is the second oldest brother of the family who steps up in the midst of turmoil. While struggling with sports, girls and school, he soon discovers that being the head of his family comes easily to him and gives him the self-respect and sense of purpose he has never had before.

Valentina Acosta is the precocious and resourceful youngest sister. Forced to face adolescence without her mother, she’s desperately afraid of what the future holds, and her vulnerability will require her older siblings to step up and offer the structure and support that they may not be wholly equipped to provide.