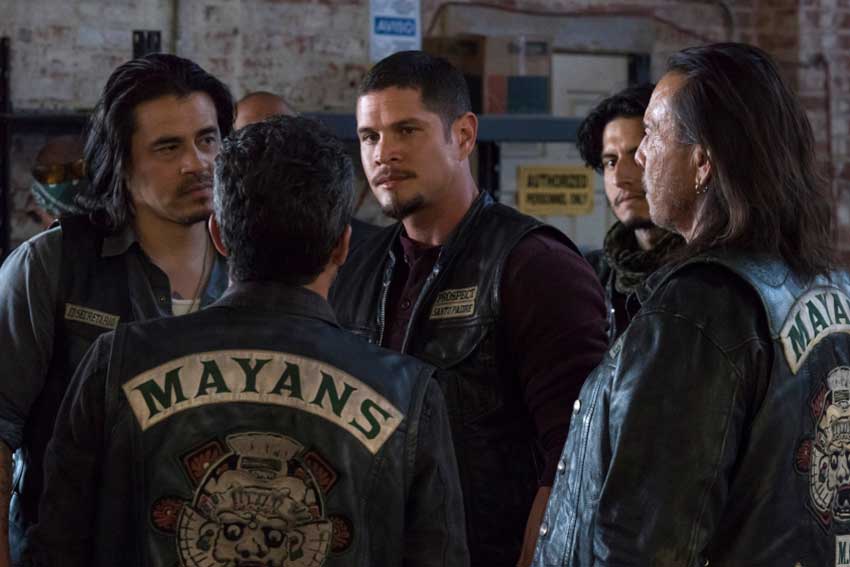 FX's #1 new series "Mayans M.C." has been renewed for a second season on FX. The new cable series averaged 8.2 million viewers per episode and the #1 one show among Adults 18-49, Adults 25-54 especially male viewers.

LOS ANGELES, October 3, 2018 – Mayans M.C., the hit biker drama created by Kurt Sutter and Elgin James, has been renewed for a second season on FX, it was announced today by Nick Grad and Eric Schrier, Presidents of Original Programming for FX Networks and FX Productions. The second season will premiere on FX in 2019.

“Mayans M.C. is performing fantastically, proving to be a breakout first season,” said Grad. “The series premiered as the highest rated cable series this year and continues to sustain a committed fan base, reflecting the talent and drive of creators Kurt Sutter and Elgin James. We couldn’t be more excited to take this ride to a second season.”

“The Mayans M.C. mythology sprung from the womb of Sons of Anarchy, but anyone who has taken the time to watch, knows it has become its own mythical creature,” said Sutter.

Added James, “It still feels like a dream that Kurt took a shot on me, and that every day I get to learn from him and work with our brilliant writers, cast and crew who pour their hearts, blood and sweat into bringing Mayans M.C. to life. I’m also grateful to FX, Fox 21 and FXP for their support and faith in me. I’m excited for the fans’ response to the rest of this season and I can't wait to get back in the writers room and get to work on season two.”

Mayans M.C. is the #1 new series on cable in 2018 in Adults 18-49, Adults 25-54 and all key male demos. Through the first three episodes, Mayans M.C. is the most-watched program in primetime on Tuesdays, including broadcast, in Men 18-49 and Men 18-34 in Live+7. In all, the series is averaging 8.2 million viewers per episode across all linear and non-linear platforms.

Mayans M.C.  was co-created by Kurt Sutter and Elgin James. The 10-episode first season is produced by Fox 21 Television Studios and FX Productions