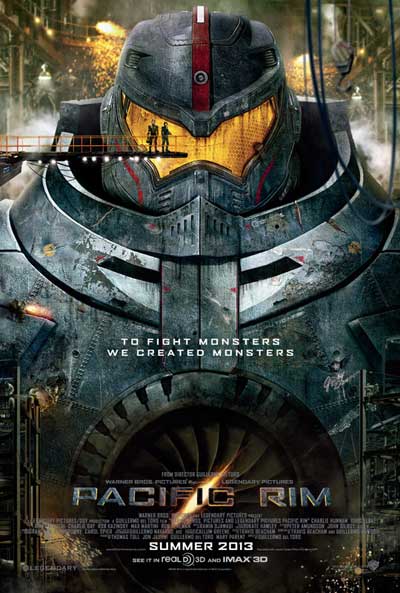 The minute and a half preview shows more footage of the humans piloting the giant robots called the Jaegers. The July 11 release stars Idris Elba (Prometheus), Charlie Hunnam (Sons of Anarchy) and Rinko Kikuchi (Babel) defending the Earth against the monster attack. Watch teaser trailer

Director Guillermo del Toro presented the second trailer at Qualcomm’s presentation Monday night.  The film preview is quite fitting for the tech convention given the futuristic nature of the film and the advanced technology used behind the Jaegers.  Watch teaser trailer

The excitement over PACIFIC RIM must be high as a sequel is already in the works even before the summer release.