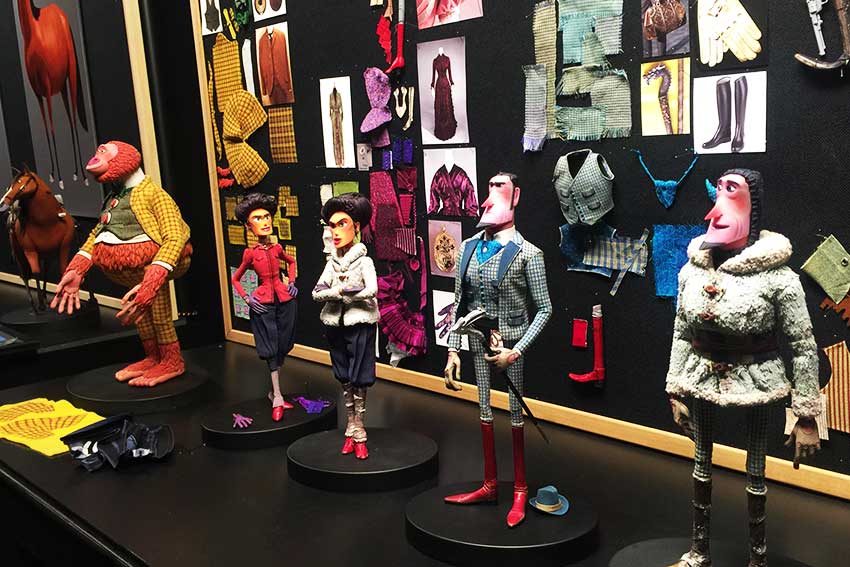 Laika Studios (CORALINE, PARANORMAN) once again works their magic for their latest stop motion movie, MISSING LINK starring the voices of Zoe Saldana, Hugh Jackman and Zach Galifianakis. CineMovie was invited to visit Laika Studios in Portland, OR and we got an in-depth look at how stop motion animation works from puppeteering, rigging, costume design, 3D printing and a peek at the sets.

Bigfoot or Sasquatch as some call the mythical creature reveals himself to man in Laika's MISSING LINK. Tired of living a solitary life in the Pacific Northwest, Mr Link, who is 8 feet tall and covered in fur, recruits fearless explorer Sir Lionel Frost to guide him on a journey to find his long-lost relatives in the fabled valley of Shangri-La. Along with adventurer Adelina Fortnight, the trio encounters their fair share of peril as they travel to the far reaches of the world. Through it all, they learn that sometimes one can find a family in the places one least expects.

As fans of stop motion know, this animated process is painstakingly slow as every motion and expression is physically manipulated by hand and photographed individually with a still camera. Laika Studios has been perfecting the art since it's first film with CORALINE and subsequent films like PARANORMAN, KUBO AND THE TWO STRINGS, THE BOXTROLLS and now MISSING LINK.

CineMovie paid a visit to Laika Studios in Portland, OR where we met a few of the artists behind the scenes who explained in great detail and example of their work. The amount of artisty and technology that goes into making a stop motion animated film is outstanding.  Meet the highly talented people in the video below and learn how Laika is changing the art of stop motion animation.