Movie Review: 'The Boy Next Door' Gives 'Fifty Shades of Grey' a Run for Its Money

Jennifer Lopez independently produced THE BOY NEXT DOOR for $4 million, and did good by hiring Ryan Guzman as her boy toy turned nightmare. In the film, JLo plays Claire, a recently separated wife hurting from her husband’s infidelity when a young good-looking teen moves in next door. He turns up the charm and compliments the mother of one, eventually seducing the vulnerable Claire and leading to a steamy and sexy scene that caters to both men and women with double the eye candy. One male viewer actually applauded after the hot encounter.

Interview: Jennifer Lopez on taking the seduction scene from PG-rated to R

Lopez still looks great, and there is no doubt a young man would want a piece of that. Ryan Guzman is no toad either with the looks and body no woman could resist. Unfortunately it turns into a fatal attraction when Noah becomes obsessed with her, complicating things when he signs up for her classes at the high school where she teaches. 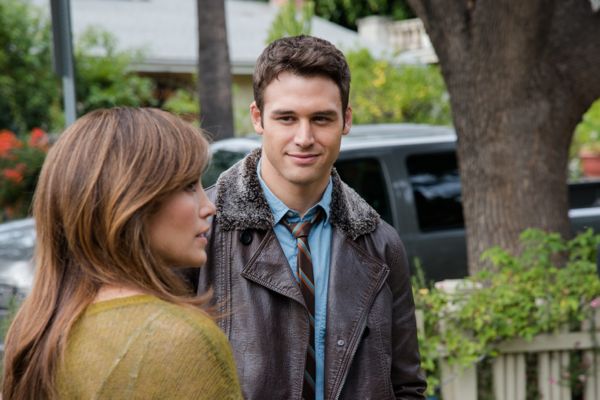 The first third of THE BOY NEXT DOOR is quite entertaining and promising, but in the third act the craziness gets out of control. The last part of the movie transitions into more a horror movie than a thriller. Whenever you take your victims to a barn, you’re going to get comparisons to a scary movie. Noah’s intentions and state of mind become clear, and they are overly campy.

THE BOY NEXT DOOR is definitely the popcorn-thriller its selling and it delivers up to act three, but luckily its short enough to forgive that last part.