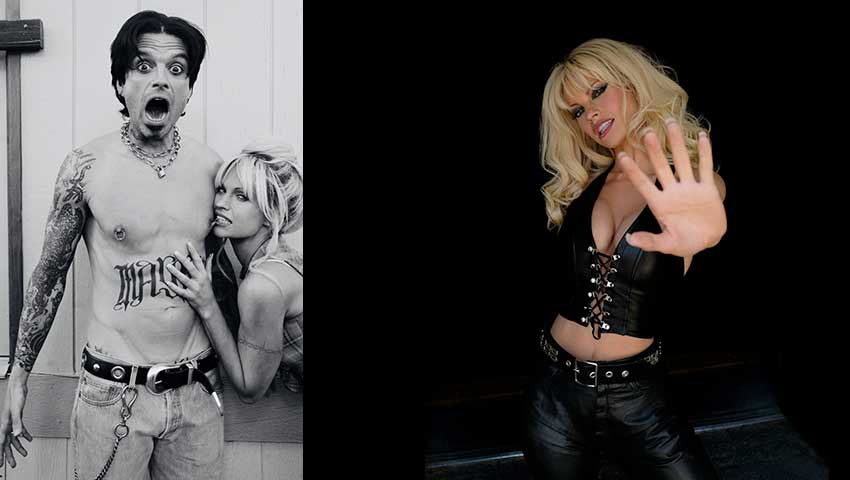 Hulu has released the first look of Lily James as Pamela Anderson and Sebastian Stan as Tommy Lee for Hulu's limited series, Pam and Tommy. Lily James transformation into the buxom blonde is remarkeable while Stan's hasn't quite captured the Motley Crew drummer's sickly look yet.

The unauthorized series is based around the events surrounding the infamous sex tape of the couple that was stolen and sold without their consent.  Seth Rogen who plays Rand Gauthier, the man who stole the videotape and sold it, also posted his look for the Hulu series. See it below.

The cast also includes Nick Offerman, Taylor Schilling and Andrew Dice Clay. Described as a comedy, the upcoming series has no release date yet.

My co-stars, Sebastian and Lily, are a lot cooler than I am. #PamandTommy pic.twitter.com/r8YWh1eBuJ