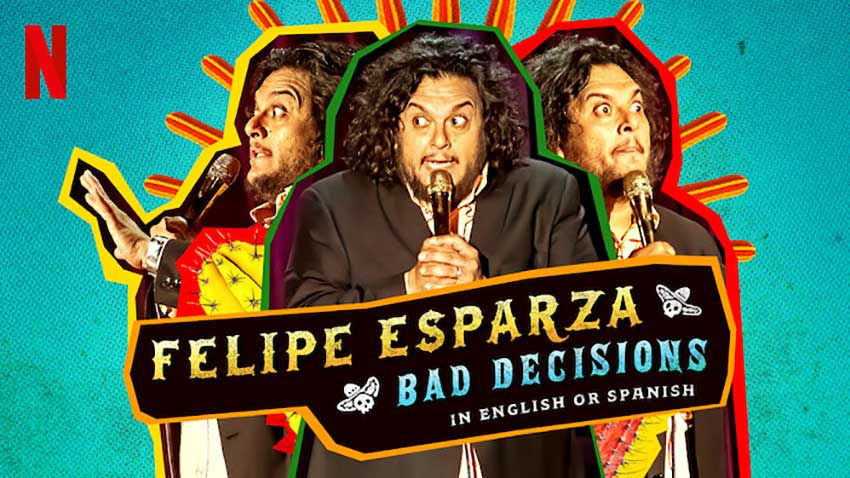 Felipe Esparza makes history on Netflix with his "Bad Decisions" comedy specials with an English and Spanish version available simultaneously. In "Bad Decisions" he tackles his traumatic childhood living with domestic violence which led to his addiction to cocaine. Felipe reveals to CineMovie how he found emotional closure addressing domestic violence through comedy 40 years later.

The specials mark the first time a Netflix comedian has recorded a stand up special in two languages that are set to be released simultaneously.