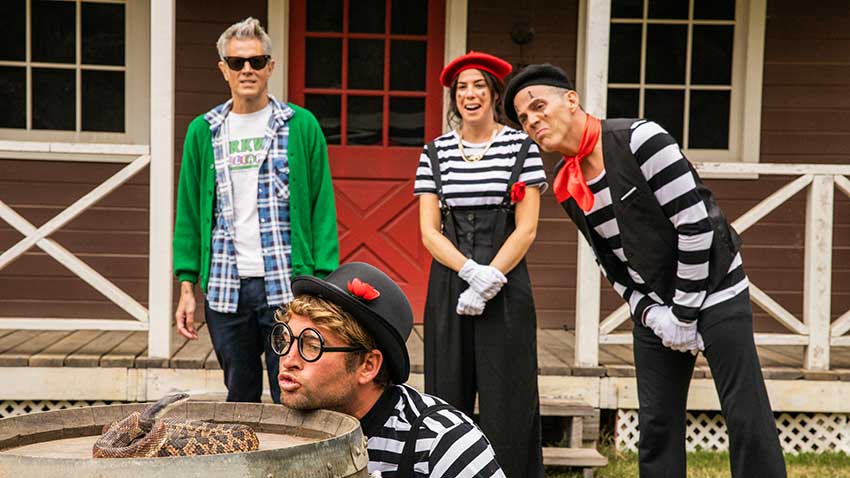 Johnny Knoxville, Steve-O, Wee Man, and the rest of the jackasses return for more hijinks with a new cast taking the brunt of the stupid stunts. In the first few images, the guys look on as the new jackasses do the dirty and dangerous deeds.

The guys are not getting any younger so their bodies can't take the brunt of the stunts, but as the new title suggests, the JACKASS franchise will continue with new faces.

A new trailer will drop next week. JACKASS FOREVER will play in movie theaters starting October 22.

Celebrating the joy of being back together with your best friends and a perfectly executed shot to the dingdong, the original jackass crew return for another round of hilarious, wildly absurd, and often dangerous displays of comedy with a little help from some exciting new cast. Johnny and the team push the envelope even further on October 22 in jackass forever.