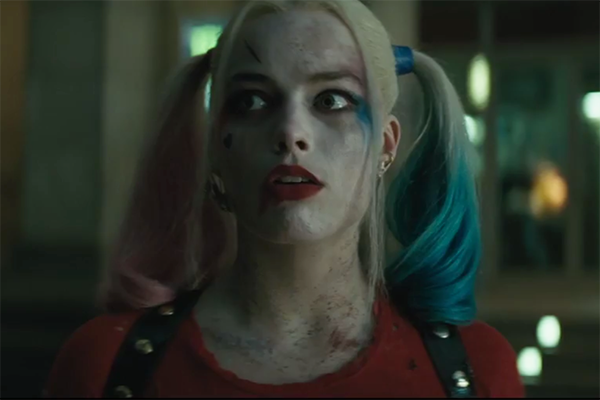 Recent reports that SUICIDE SQUAD was undergoing reshoots due to lack of jokes in the DC movie has just been disproved with the latest trailer which premiered during the MTV Movie Awards. The new preview has much more new footage that is not only more fun but action packed. Take a look at the trailer which has Batman in a lot of the action, and Harley Quinn is once again the scene stealer.

As we reported, a source spotted Will Smith outfitted as Deadshot on the Paramount lot shooting big action scenes on a soundstage while other online sites speculated the reshoots were happening to include more funny bits. Allegedly, the trailer contained all the funny stuff so Warner Bros. was worried the film wasn't fun enough, and ordered more of it for the movie. Jai Courtney aka Boomerang in SUICIDE SQUAD last week told Entertainment Tonight production resumed for more big action rather than adding comedy.

The new trailer plays along with another catchy tune with "The Ballroom Blitz" adding a similar playful tone as Queen's "Bohemian Rhapsody" did for the first full trailer. In addition, Batman seems to have a bigger role and it looks like he's saving Harley Quinn from a watery death. The new trailer reveals a whole lot of new scenes including more Jared Leto's Joker.