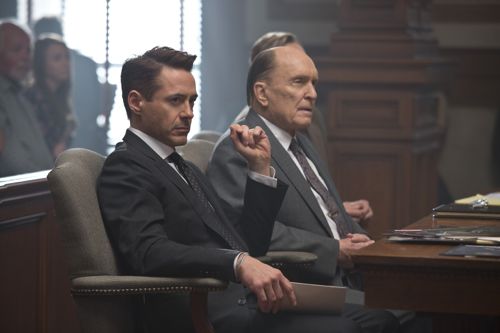 Robert Duvall is judging Robert Downey, Jr. in their new film THE JUDGE, and Downey, Jr. is personally invested as the executive producer along with his wife Susan Downey. Check out the new movie posters and images Downey released on his personal Facebook page.

In THE JUDGE, Downey stars as big city lawyer Hank Palmer, who returns to his childhood home where his estranged father, the town’s judge (Duvall), is suspected of murder.  He sets out to discover the truth and along the way reconnects with the family he walked away from years before.