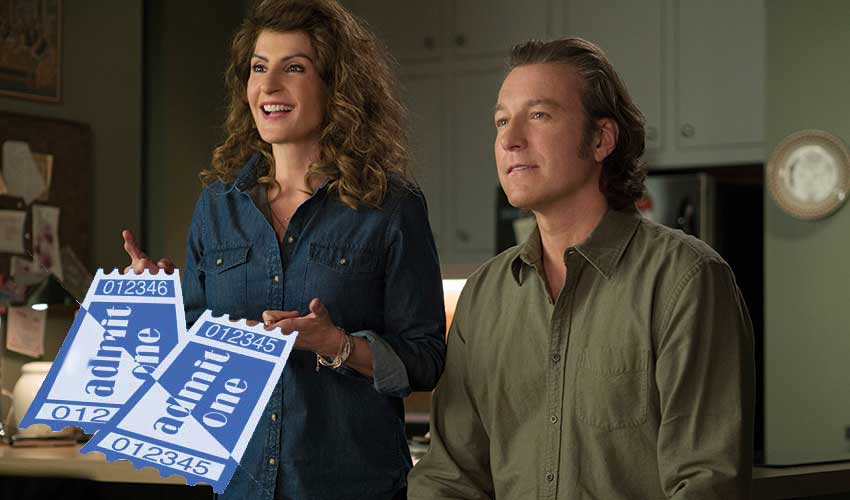 The Portokalos family is back in MY BIG FAT GREEK WEDDING 2, and CineMovie has advance movie tickets in Miami, Los Angles, New York City, Chicago and Houston.

Gold Circle Entertainment and HBO present a Playtone production of My Big Fat Greek Wedding 2, the long-awaited follow-up to the highest-grossing romantic comedy of all time.  Written by Academy Award® nominee Nia Vardalos, who stars alongside the entire returning cast of favorites, the film reveals a Portokalos family secret that will bring the beloved characters back together for an even bigger and Greeker wedding.  Watch Trailer

To enter the MY BIG FAT GREEK WEDDING 2 Ticket Giveaway, click on the form below.

PROMOTION DESCRIPTION:  MY BIG FAT GREEK WEDDING 2 Ticket Giveaway (“Sweepstakes”) begins on or about March 13, 2016 at 6:00 p.m. Eastern Time ("ET") and ends on March 20, 2016 at 11:59 p.m. ET (the “Sweepstakes Period”).  At the end of the Sweepstakes Period, a random drawing will be conducted to select winners from among all eligible entries received, as more fully set forth in the OFFICIAL RULES.  Entry in the Sweepstakes does not constitute entry into any other promotion, contest or sweepstakes.  By participating in the Sweepstakes, each entrant unconditionally accepts and agrees to comply with and abide by these Official Rules and the decisions of CineMovie TV, 2700 Arlington Ave. Ste. 101 Torrance, CA  90501 (“Sponsor”), which shall be final and binding in all respects.