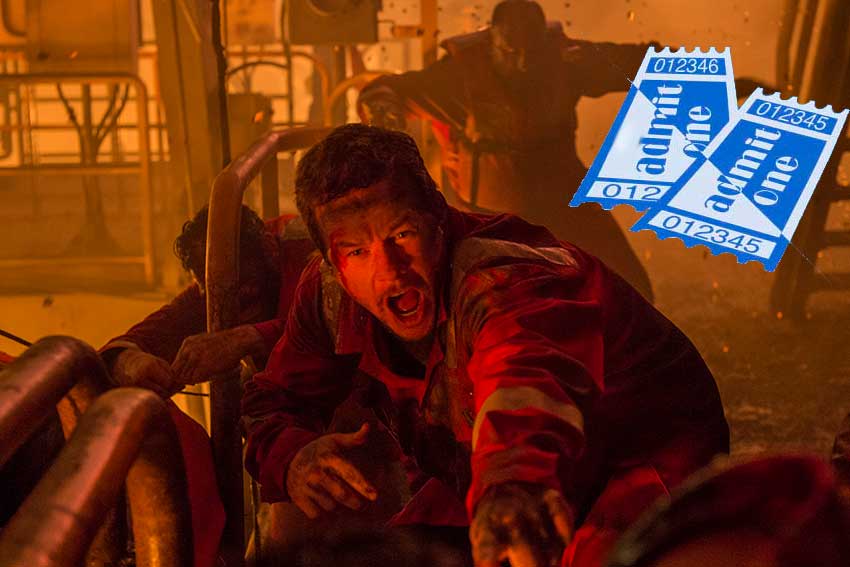 Mark Wahlberg, Gina Rodriguez ("Jane the Virgin") and Kurt Russell star in the disaster flick, DEEPWATER HORIZON, and CineMovie has tickets to see the movie in Los Angeles.

On April 20th, 2010, the world’s largest man-made disaster occurred on the DEEPWATER HORIZON in the Gulf of Mexico.  Directed by Peter Berg (Lone Survivor), this story honors the brave men and women whose heroism would save many on board, and change everyone’s lives forever. Summit Entertainment and Participant Media present a di Bonaventura Pictures production, a Closest to the Hole / Leverage Entertainment production, a Peter Berg film.

DEEPWATER HORIZON will be released in the US on September 30, 2016. Watch Trailer

To enter the DEEPWATER HORIZON LA Ticket Giveaway, click on the form below.

PROMOTION DESCRIPTION: DEEPWATER HORIZON LA Ticket Giveaway (“Sweepstakes”) begins on or about September 21, 2016 at 6:00 p.m. Eastern Time ("ET") and ends on September 27, 2016 at 11:59 p.m. ET (the “Sweepstakes Period”) or while supplies last.  At the end of the Sweepstakes Period, a random drawing will be conducted to select winners from among all eligible entries received, as more fully set forth in the OFFICIAL RULES.  Entry in the Sweepstakes does not constitute entry into any other promotion, contest or sweepstakes.  By participating in the Sweepstakes, each entrant unconditionally accepts and agrees to comply with and abide by these Official Rules and the decisions of CineMovie TV, 2700 Arlington Ave. Ste. 101 Torrance, CA  90501 (“Sponsor”), which shall be final and binding in all respects.