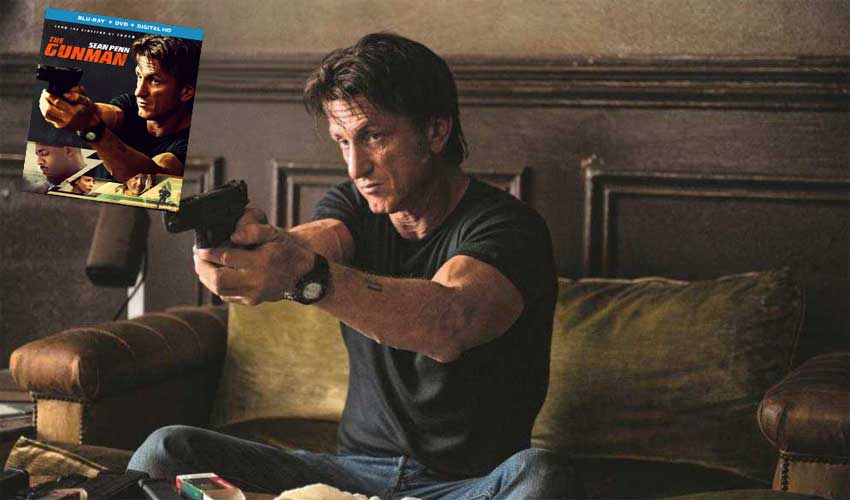 It has been eight years since Jim Terrier (Penn) worked as a black-ops assassin and now someone from his old organization wants him dead. Pursued across Africa and Europe by a team of elite hit men, Terrier is dragged back into his dangerous past as he engages in a relentless cat-and-mouse game to take out the man who betrayed him. Idris Elba (Prometheus, Mandela: Long Walk to Freedom), Ray Winstone (The Departed, Hugo), Mark Rylance (“Wolf Hall,” Anonymous) and Oscar®-winner Javier Bardem (No Country for Old Men, Skyfall) costar in a hair-trigger thrill-ride critics are calling “Intense!” (Dave Karger, Fandango). Watch Trailer

For a chance to win a GUNMAN Blu-ray, click on the form below.

PROMOTION DESCRIPTION:  GUNMAN Blu-ray (“Sweepstakes”) begins on or about June 22, 2015 at 6:00 p.m. Eastern Time ("ET") and ends on July 6, 2015 at 11:59 p.m. ET (the “Sweepstakes Period”).  At the end of the Sweepstakes Period, a random drawing will be conducted to select winners from among all eligible entries received, as more fully set forth in the OFFICIAL RULES.  Entry in the Sweepstakes does not constitute entry into any other promotion, contest or sweepstakes.  By participating in the Sweepstakes, each entrant unconditionally accepts and agrees to comply with and abide by these Official Rules and the decisions of CineMovie TV, 2700 Arlington Ave. Ste. 101 Torrance, CA  90501 (“Sponsor”), which shall be final and binding in all respects.