The first scene of the day revolved around Stefani Scott's character Quinn and her neighbor Hector played by newcomer Ashton Moio. As they're leaving their apartment complex, Quinn and her younger brother meet up with their neighbor Hector in the hallway.  Making their way down the hall and to the elevator they bump into an elderly handicap couple. The older woman who appears disoriented but knows Quinn, approaches her and makes a comment in regards to dead birds and eating them. Caught off guard Quinn, Hector and her younger brother dismiss the old woman and go their separate ways.

After various takes and angle changes the scene was wrapped and we had the opportunity to chat with the director and cast.

This film is set a few years before the first two films with Elise (Lin Shaye), Specs (Whannell), and Tucker (Angus Sampson) helping a new family with their spirit problems. When CineMovie asked Leigh why make a prequel and not just continue with where the last film left off, he thought that doing a prequel allowed him more room for creativity in the writing.

"Being able to go back and being able to tell a little bit of an origin story and to have Elise alive again...I love Elise as a character, especially Lin Shaye as an actress, so I wanted to see Lin Shaye alive and I wanted to dig into her back story.” 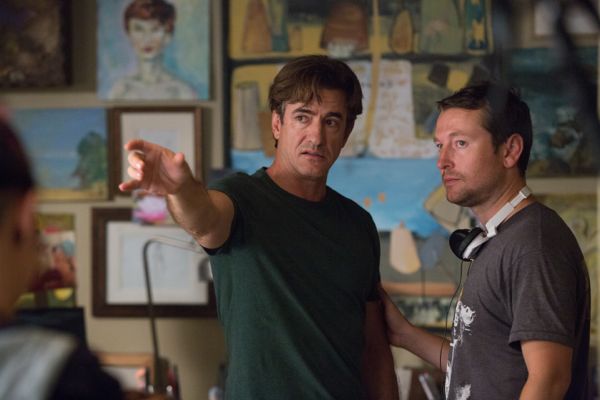 Not only is fan favorite Elise back but we also get a new leading man, Dermot Mulroney. For Leigh, the casting process was a learning process, "I used to think there used to be too many actors and too few roles but now I think there are too many roles and too few actors. It's really hard to find people that fit."

It was also a no brainer for Dermot as well, according to Leigh, who met the actor for coffee one day and chatted. He really liked the themes of the story. He didn't feel like it was a throw away sequel, he felt like it was a stand alone film that could stand on it's own two feet. Leigh also tried to wipe his INSIDIOUS memory clean in order to try to write an original first film as if it wasn't a sequel. As the female lead, Leigh cast Stefani Scott (Dermot's onscreen daughter) who admits that she's a fan of the first two films.

"They're really creepy, it makes the hair on your arms raise and it just freaks you out instead of just putting blood on your face. It's really thought out and the characters are developed with a great back story. It's not only a scary movie but it's also a really touching story.” 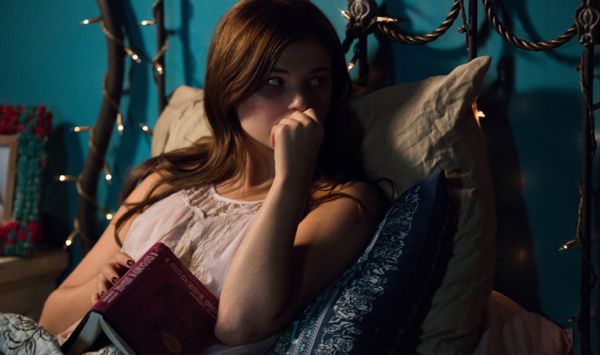 Her character’s story takes places around the death of her mother. With her passing, Quinn wants to reconnect with her but kind of touches the wrong kind of spirit from the further and chaos ensues. Rounding out the cast is Ashton Moio, Quinn's next door neighbor who has a crush on her. We caught him on his first day on set and admits that  he "didn't watch a lot of horror films as a kid because I would get really, really, scared. I would look under my bed and check the closet...I'm still afraid of the dark a little bit. I saw the movie Scream at my aunts house on halloween with all my cousins and it was horrible. I couldn't walk past open door ways at night because I'd think someone would come out at me with a knife". What makes these films really scary for him is the camera movements and the music.

"It's really great film making for a scary movie, it doesn't have a lot of crazy gory stuff...compared to other horror films I really like the acting. Patrick Wilson and the rest of the cast from the other two films set it apart and make it unique." 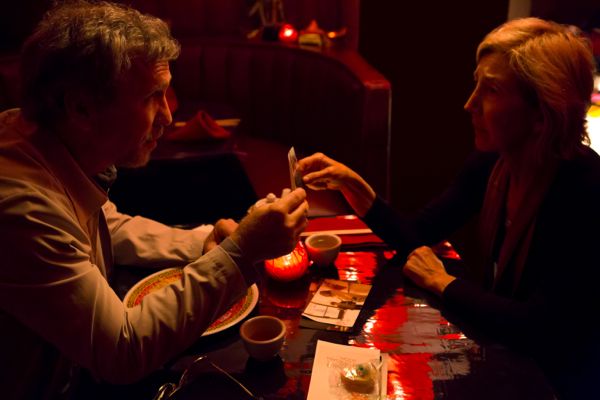 In order to get into character Leigh had Stefanie and the cast watch The Shining at a screening where everyone got to meet each other. Her character was slightly based on an old friend of his. Other then dying her hair dark, Leigh also gave her music in order to connect with her dead mother and started journaling. She even went as far as to see a psychic which she said was an experience. When it comes to the horror scene, Leigh is very set on actually scaring his actors.

"He just wants to scare the hell out of me through this whole movie and get the best reactions he possibly can. It's quite entertaining because I'm very jumpy, I'm an easy target. It's my first horror film.”

When asked if she believed in the paranormal world she admits that she believes in it completely. "I love creepy stories and I've been on a bunch of ghost tours. I think contacting the other side is so interesting. Whether it's true or not I kind of have to believe it but I find it so intriguing.”

Being a first time director Leigh Whannell's worst enemy is the clock. "In my short life as a director I feel like the clock ticks too quickly. I feel like I'm constantly running in front of a bolder like Indiana Jones and the bolder is time.” When it came to the prequel Whannell thought long and hard about what horror films are about, especially the supernatural horror films.

"A lot of people say zombie films are about consumer culture but with supernatural horror I sat down and tried to think about what is really at the heart of this thematically. It's about death, it's about loss, the question about what happens after you die and just the very issue of death itself. That is something I think I didn't explore in the first two.” 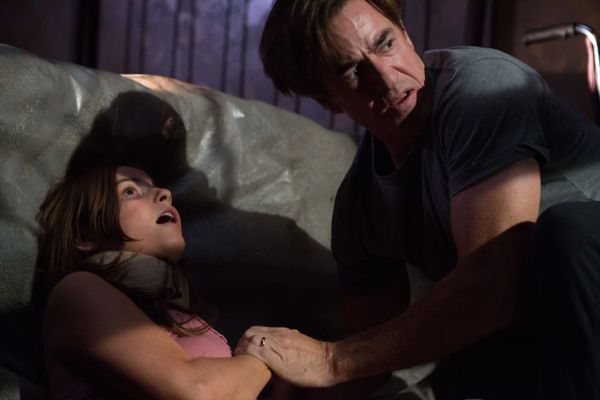 Not being able to give too much of the story line away we were left with little plot information. So we asked him if he would ever want to explore the cliff hanger he left at the end of the second film. This is what Leigh had to say,

"We don't explore that cliff hanger in this one and I don't know if we will ever solve that, I'm not sure. I guess it depends if we make another film but I guess it depends if this one does well. My number one concern that keeps me up all night is, will the fans respond to this film. If they do then I can finally relax and take a minute on a beach to think about what another film will be about. I might want to keep telling stories with Elise, Specs and Tucker.”

Fans of the first two films know that they are connected, the first two almost play like one film. With the prequel Leigh has said that the connections aren't as obvious.

"Fans of the first two will see things and maybe even pick up on things more casual viewers don't. Hopefully there are easter eggs in there hidden for the more hard core Insidious fans. Generally there is a connection to the first film."

With the plot still wrapped in secrecy, fans can still expect this prequel to satisfy their appetites. INSIDIOUS: CHAPTER 3 will be in theaters June 5, 2015.  Watch Trailer