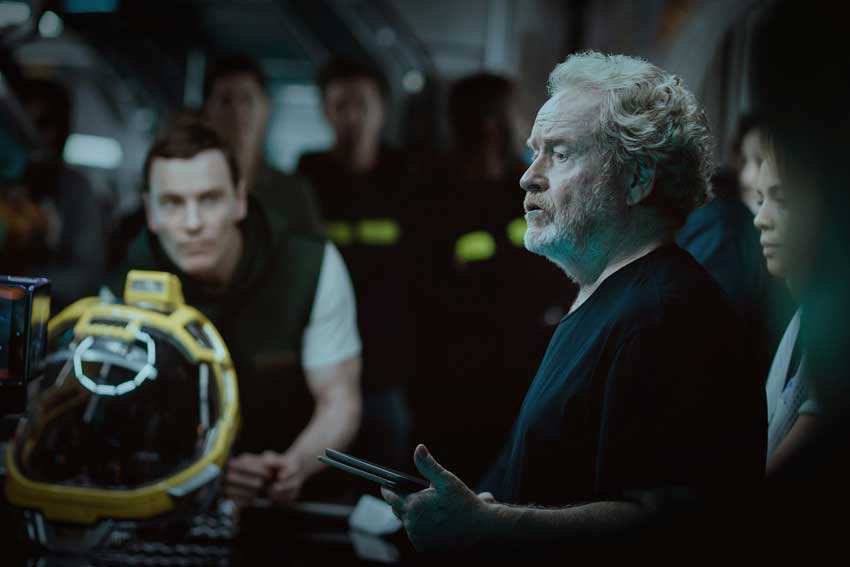 20th Century Fox has released the first image from ALIEN: COVENANT featuing Ridley Scott on set giving the cast and crew a pep talk with Michael Fassbender in the background sans his platinum locks from PROMETHEUS. Is he playing another android or did he have a miraculous recovery from being decapitated in PROMETHEUS.

We know from the synopsis released last year that David (Fassbender) is the only survivor from PROMETHEUS and Noomi Rapace will not return in COVENANT, but there is no clue as to the shape David returns. Will he be a talking head? That would make for a hellish time during production and post production. Given Fassbender's brunette hair in the first image from the set, it may indicate some time has passed since we last left David as they headed off to look for the creators. Time passing would also explain Elizabeth's absence, and perhaps the android scientist created another body for himself.

What we also know is that another crew from the colony ship Covenant discovers new world inhabited by David and some creatures?? That crew will include Katherine Waterston, Demien Bichir, Billy Crudup and Danny McBride.