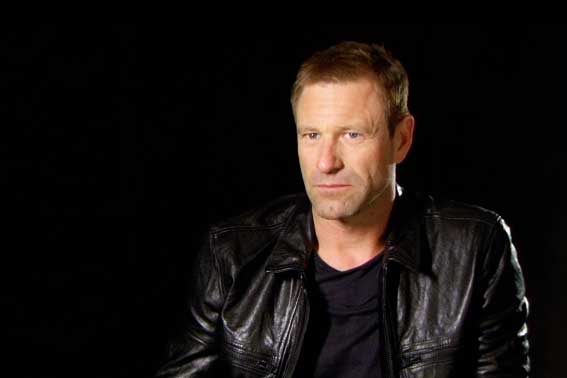 It’s alive! Frankenstein is brought back to life as an action hero in I, FRANKENSTEIN, and Aaron Eckhart portrays the monster turned savior of the human race. Gone are the bolts, square head and green skin, but Eckhart says the emotional scars still shape this old monster in the modern world.

Dr. Frankenstein’s creation still roams the Earth in eternal damnation, looking a bit more human, but still feeling like the outsider in this re-imagining of the beloved monster from the Mary Shelley novel. In I, FRANKENSTEIN, Frankenstein now known as Adam, may not look the monstrous part, but internally he’s still fighting the demons of being rejected by his father (Dr. Frankenstein), feeling unloved and what Eckhart terms “feeling ugly.” While Adams deals with his own internal strife, he is also recruited to battle demons and gargoyles to save mankind. Watch Trailer

When Eckhart was approached for the role, he tells CineMovie he was intrigued by the concept of Frankenstein as an action hero in the gothic underworld.

Eckhart adds that he also liked the fact that the movie was independent of the novel or any previous cinematic incarnations.

He, however, would not just sign up for any action movie. The Dark Knight actor prefers to play “complex and conflicted” characters. “That’s better drama for me,” he muses during our phone interview. A movie such as I, FRANKENSTEIN has a conscious and like any art form such as cinema, theater and music, it should be more than just entertainment.

“Cinema is all about telling stories and passing lessons to younger folks. I hope there would be messages in that movie that would make us better.” 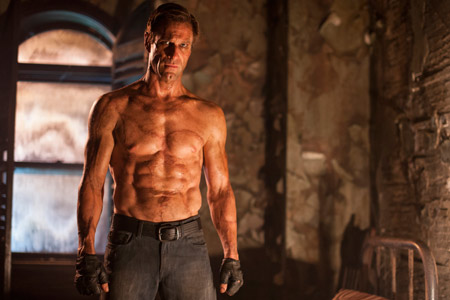 I, FRANKENSTEIN offers a lot to “chew on” in terms of universal themes of inner struggles. The prolific and acclaimed actor (Thank You for Not Smoking, In the Company of Men) took a lot of the emotional baggage for his character by reading the Mary Shelley’s Frankenstein novel. In I, FRANKENSTEIN, he is less a monster and more of a sensitive soul, according to Eckhart. He is just looking for acceptance, which is a universal theme and therefore, relatable to all of us as humans.

While he’s playing a character with supernatural powers in I, FRANKENSTEIN, the 45-year-old is open to playing a comic book superhero. He got a taste of it as Two-Face in The Dark Knight, but the comic book fan wouldn’t turn down a role that gave him super powers such as flying, x-ray vision or “stuff like that,” but he does have requirements for that type of movie.

“If I did a movie like that, I’d want it to be serious like The Dark Knight that really had something to say and wasn’t tongue and cheek. That would be fun for me.”

Another ideal role for Eckhart would be to star in a Western. That’s a genre he hasn’t yet tackled, but he imagines shooting guns and riding horses would be a “fun” experience.

In the meantime, you can catch Aaron Eckhart fighting demons in I, FRANKENSTEIN, which opens January 24, 2014.