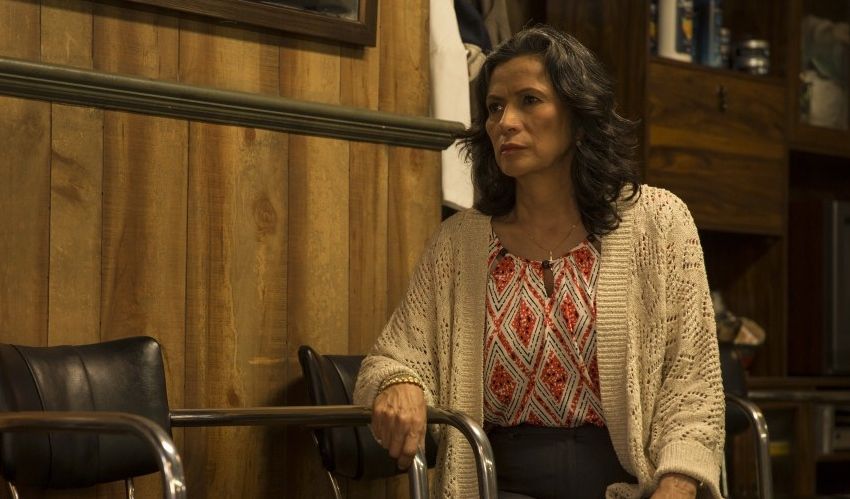 Patricia Reyes Spindola is a well-known actress in Mexican cinema and television with two Ariel Awards (Mexico’s Oscars) to her name. For the last 30 years, she’s been under an exclusive contract with Mexico’s Televisa, a powerhouse media company that provides entertainment in all of Latin America. They often require their talent exclusive deals which limits them from working for other media companies. Reyes Spindola has ventured out occasionally in acting roles outside of Televisa with such films as Salma Hayek’s Frida and Julian Schnabel’s Before Night Falls, but at the request of personal friends. Otherwise, the actress has kept busy staying local in her native country while also running an acting school in Mexico City with her sister Marta Reyes Spindola. She never looked for fame outside of Mexico even at the age of 25 when others encouraged her to follow in the footsteps of Lupita Tovar, Dolores Del Rio and Lupe Vélez and come to Hollywood.

So how did she land the role of Ruben Blades’ wife Griselda Salazar in AMC’s companion show to “The Walking Dead?” Reyes Spindola calls it “un regalo de la vida” (a life’s gift). A friend who works in the Hollywood industry listed her name on a board, and “san Google me ayudo” (Saint Google helped me), she jokes. After someone googled her, they were impressed with her film and television credits and added her name to the hat. They sent her sides from the scripts, and she recorded her audition after phonetically reading the lines. The Mexican actress doesn’t speak or understand English. Much to her surprise, she received the good news that she landed the role, but immediately panic set in. “Do they know I don’t speak or understand English?” She insisted her American manager notify the “Fear The Walking Dead” producers about that little detail.

In May of this year, Reyes Spindola traveled to Los Angeles to begin production on “Fear the Walking Dead.” She’s very appreciative of the show producers and director Adam Davidson for giving her the opportunity and looking out  for her. Davidson made her feel secure on the set. They changed the character of Griselda Salazar and added more lines once they liked what she was doing with the character. She would now only speak Spanish. Her on screen daughter Ofelia, played by Mercedes Mason, utters the line, “My mom doesn’t speak English, but she understands everything.” That wasn’t the case on the set. Reyes Spindola didn’t understand a word. That’s where the relied on good acting and her facial expressions. However, seeing a zombie needed no translation she says. “Those emotions translate in any language.” 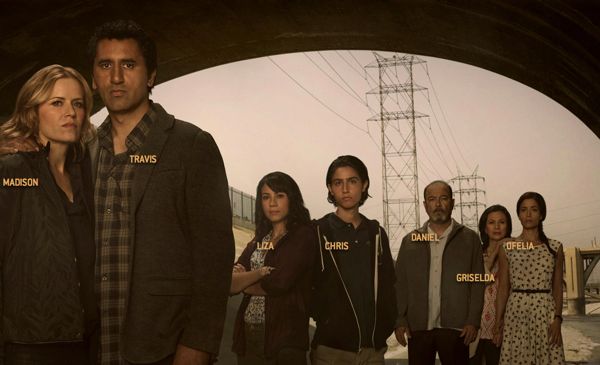 Her co-star Elizabeth Rodriguez ("Liza") walked into our room during the interview, and it was evident how close the two had become on set. Reyes Spindola was not only a fan of her work prior to starting the shoot, but on set Elizabeth helped translate the director’s direction. “She was the one that REALLY looked out for me,” but adds she really clicked with all the actors.

Reyes Spindola’s Griselda is introduced in “Fear the Walking Dead” episode 2 airing Sunday, August 30, as part of the Salazar family with Ruben Blades as her husband Daniel and grown daughter Ofelia. The Salazars are refugees from El Salvador, she says, who thought they finally had found a tranquil place to live… that is until the undead rise. Reyes Spindola is afraid to say anymore because of the contract. “No me alcanca el dinero para pager” (I don’t have enough to pay), she joked if she were to break the agreement.

What she can tell us is that she plans on learning English, and studying 10 minutes a day with her newly purchased program, Open English. “Every day,” she utters in English with her cute Spanish accent, as she promises she will be an English speaker soon. She would like to continue doing the occasional Hollywood project if her “husband” allows it. She’s referring to Televisa as her spouse because of their exclusivity clause. “I’d like to continue with my husband, but I would ask of my husband to let me have a lover once in a while outside of Mexico,” she jests. She has a full life in Mexico with her career and family, and doesn’t see herself relocating anytime soon, but after working on “Fear The Walking Dead,” she would love coming to work from time to time.

This latest opportunity in “Fear the Walking Dead” makes her feel even more blessed with her life. “I’m a woman with lot of luck.”

“FEAR THE WALKING DEAD” airs Sundays on AMC at 9pm.