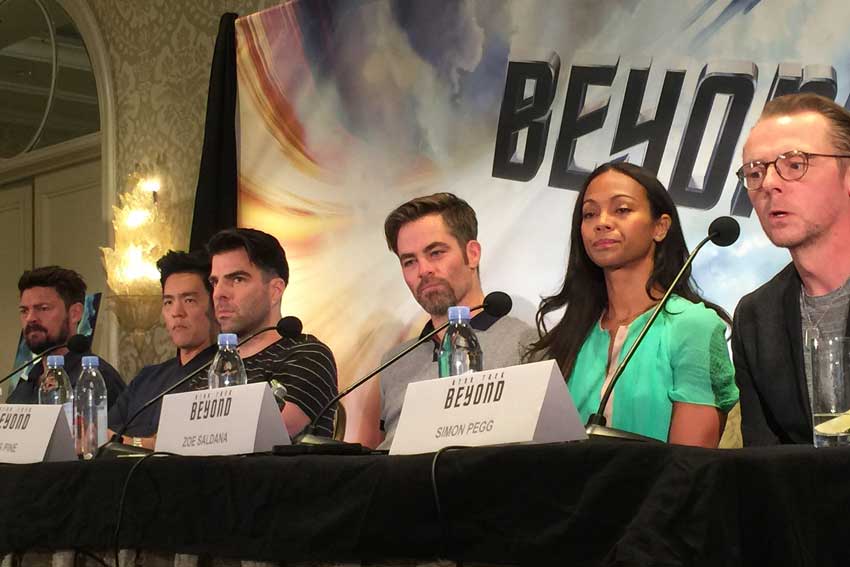 Simon Pegg, Chris Pine, Zoe Saldana, Zachary Quinto, Karl Urban and John Cho sat down in Los Angeles to answers questions about shooting STAR TREK BEYOND, including remembering the two co-stars they lost this year with the tragic death of Anton Yelchin and the loss of Leonard Nimoy.

Simon Pegg not only reprised his role as Scotty, but he co-wrote the script with Doug Jung. At the Los Angeles press conference for STAR TREK BEYOND, he talked about his writing duties as well as acting alongside the Enterprise crew. The actors give insight into their process, and cool behind the scenes fact about filming the third movie in the rebooted franchise.