Other Latino nominees include Mexican director Jorge R. Gutierrez for his first Hollywood film, The Book of Life which was produced by Guillermo Del Toro. The beautifully-shot animated movie will be competing against Disney’s Big Hero 6, The LEGO Movie, The Boxtrolls and How to Train Your Dragon 2.

Alejandro Gonzales Iñarritu’s Birdman dominated most of the categories with a nomination for Best Director, Best Comedy or Musical, Best Actor in a drama for Michael Keaton, A Supporting Actor nom for Edward Norton, one for Emma Stone as Best Supporting Actress. In addition to directing and Best Film, Gonzales Iñarritu is also up for an award in Best Screenplay with 3 other writers. Gonzales Iñarritu’s fellow countryman Antonio Sanchez is up for his drum solos for Best Score in Birdman. 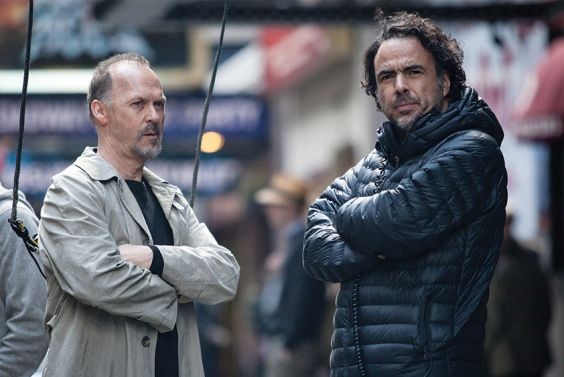 Up-and-coming actress Gina Rodriguez charms as Jane Villanueva in the hit tv show "Jane the Virgin," and is well-deserving of the nomination along with her show as Best Comedy.

Once again there was little progress with diversity among this year’s nominees with only a handful of black actors in the categories, and a groundbreaking nomination for the first African-American woman director Ava Duvernay for her work in Selma. Actors nominated were David Oyelowo for Selma and Quvenzhane Wallis as Annie, Viola Davis (How to Get Away with Murder), Uzo Aduba ("Orange is the New Black") and Don Cheadle ("House of Lies").

I guess a few nominees of color is better than nothing. Tina Fey and Amy Poehler return to host the Golden Globe Awards for a third year in a row on January 11th live on NBC at 8 p.m. ET/5 p.m. PT from the Beverly Hilton Hotel in Beverly Hills.