Pharrell Williams and Zoe Kravitz at Cannes for DOPE Movie

Opening June 19, DOPE revolves around Malcolm (Shameik Moore), a young teen carefully surviving life in a tough neighborhood in Los Angeles while juggling college applications, academic interviews, and the SAT. A chance invitation to an underground party leads him into an adventure that could allow him to go from being a geek, to being dope, to ultimately being himself. Watch Trailer 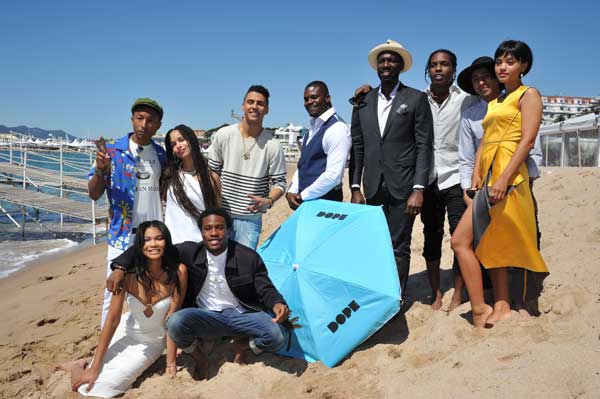