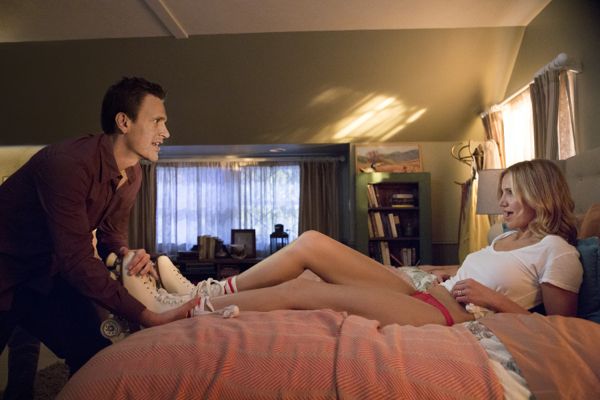 Cameron Diaz and Jason Segel are not new to rom-coms, and it's their second collaboration in the comedy SEX TAPE.  Here are 10 other comedic and sexy pairings from recent movies in our Rom-Com Photo Gallery.

The battle between the sexes has always made for comedy goldmine, and Hollywood knows it with the making of endless romantic comedies throughout the years. The most recent entry is Cameron Diaz and Jason Segel’s SEX TAPE which teams up the pair once again (“Bad Teacher”) to play a married couple whose sex tape ends up all over the internet by accident.  All sorts of hilarity ensues as they try to find the original upload, while learning more about each other and falling in love all over again.

Speaking of messed up relationships, our Rom-Com Photo Gallery includes 10 other on screen duos from romantic comedies.