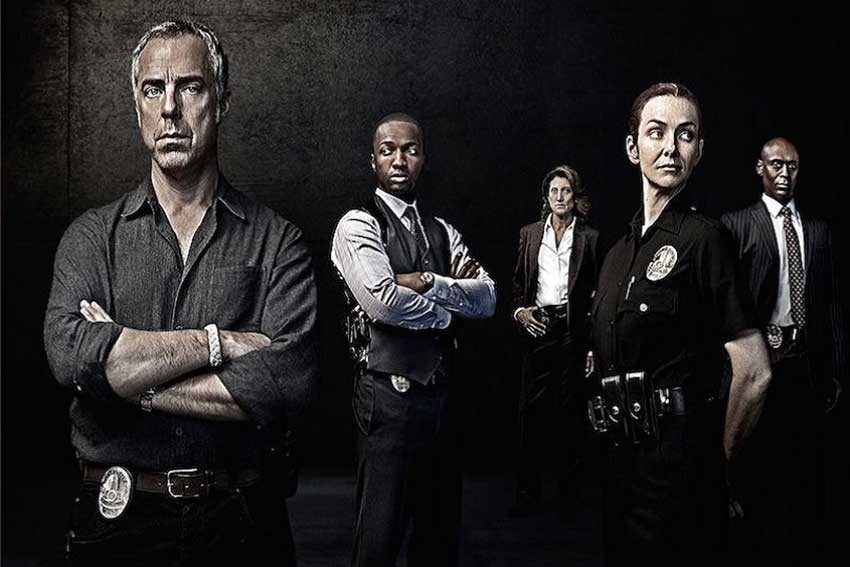 Based in Los Angeles, Bosch is an original series produced by Amazon. The series is inspired by numerous of novels written by Michael Connelly. It stars Titus Welliver who plays Harry Bosch, a Los Angeles Police Homicide Detective and former special forces veteran.

The series starts with Bosch taking on the case of a murder of a 13-year-old boy in the midst of him being sued of a wrongful death. Throughout the seasons he takes on different cases. This season in particular is based on Connelly’s novel, Angels Flight.

There is a great concern for Bosch, where some characters are torn between right and wrong, and having to separate friendship and work.

Bosch shoots in and around the Los Angeles streets. The first scene CineMovie observed was in the office of Chief Irvin Irving, played by Lance Reddick. The scene takes place in his office where he receives a phone call from an important figure in the city, who he also does not trust, regarding Bosch. This scene reveals his character emotional  and a bit conflicted over his detective.

The last scene included Lt. Grace Billets, played by Amy Aquino, and Bosch. It takes place at the police station, which is in fact the exact replica of the Hollywood Police Department. As both characters cross paths, Lt. Billets confronts Bosch on not following authority, a concern over his actions that could affect the city. There is major tension and frustration between both characters in this scene.

Aside from observing the production, CineMovie also spoke to the actors on what viewers should expect for this season.

Billets digs deeper in what it means to be a leader. In previous seasons, viewers saw a relaxed Grace who plays it like one of the guys, but she finds that she needs to give herself distance. Viewers can expect to see her in the spotlight while taking charge. Having more on her plate requires her relationship with Bosch to become estranged. She can no longer cut him slack and she’s dealing with issues this season that are far more dangerous.

“Having to have that distance and not allowing yourself to be playful and cozy, it’s been a good challenge for me to actually slip my self into the uniform both literally and figuratively.”

Sharing a concern for Bosch with Lt. Grace is his partner, Jerry, played by Jamie Hector. This season he’s attempting to understand the motives behind Bosch’s decisions. In previous seasons, they worked well together in solving crimes. Jerry is starting to ask himself many internal questions in regards to Bosch’s character.

“Instead of just being a partner to my partner, I’m also looking at him now as to what are his motives. I’m asking internal questions and literal questions.”

The police department is also in a chaotic situation of their own. There will be a lot of issues with misconduct, which will affect Chief Irvin. He has a lot of cleaning up to do this season with his intention of protecting the department.

“So much of his character is tied to politics. This is the most political season so far. The political force that we saw in him the first season is back.”